to learn about the people behind the avatars

I think that’s actually the most interesting thing to do

I really like the F-Droid meeting on the C3 congress because it allows for getting to know the other humans that you have only interacted with on GitHub before.

Sorry, I will try to have a look soon. I am just rather busy currently, that’s why I am less active in the last 2-3 months than before.

Sorry, I will try to have a look soon. I am just rather busy currently, that’s why I am less active in the last 2-3 months than before.

Hey, no worries, you’re probably right that’s not that bad if some major UI/UX enhancements are spaced out over time so people can adjust.
Meanwhile I can already use and enjoy it, while testing and improving the new features

Back to topic: maybe we can think about a date, so we can plan a little bit ahead (like I have a major exam coming up and need to manage my time a little

@keunes I love the idea and would love to meet and chat with the contributors and work on a few big ideas together.

We have done hackathons in the past, it can last 24 hours or 48 hours, but the code is usually throw out, but the demoing a new idea was the key.

Yeah, I was thinking of picking a weekend or so, like 48 hours in any case, and kick it off with a sync meeting.

getting to know the other humans that you have only interacted with on GitHub before.

Any idea of how to go about that? Will it just be a side-effect of meeting, or should we schedule some time for introductions?

We have done hackathons in the past, it can last 24 hours or 48 hours, but the code is usually throw out, but the demoing a new idea was the key.

Any idea of how to go about that? Will it just be a side-effect of meeting, or should we schedule some time for introductions?

At the F-Droid meeting, everyone just said their name and 2-3 sentences about what they do. Not really much. Then we directly started discussing the topics.

Ok, great. So what we’d have on the agenda so far:

What I would love to do, but I don’t know how you folks feel about this, is getting in touch with the Podcasting 2.0 movement, to see if there are some people that want to join in and help with implementation on that front. I’m sure that if we announce this, we can get some attention that might bring one or two interested contributors to the party.

In preparation we can already here on the forum have a discussion, e.g. on what to prioritise (e.g. list of most important bugs to fix; most important features to implement). So the discussion can focus on the what rather than the how.

Then, about the date: is there agreement on doing it in a whole weekend, where we have collective start?

I think it’d be helpful to set a quick poll to find the best suitable weekend. But what should we include in the poll? The months July & August?

For me rather July than August

That’s usually less spectacular than it might sound. We could change the roll-out percentage from 0% to 5% or something like that

If would be good to spend some time prepping for what we we would work on during the 2 days.

We can also open up a voting for users to tell us the top 1 feature they want us to work on? We can show them the existing issues, tag them as hackathon-2021, and have them take 2 weeks to vote? The top vote getters, we would consider for the 2 days?

We can also have the 2-3 most experienced coders work on the new home screen or the explore, user tagging features.

In my experience, when hacking, having people together makes the code reviewing faster and iteration on a working code much faster. The code quality usually gets cleaned up later on the final release after the hackathon.

For the home screen check out my PR here https://github.com/AntennaPod/AntennaPod/pull/5167 would be interested in what you think

I think it’d be helpful to set a quick poll to find the best suitable weekend. But what should we include in the poll? The months July & August

Let’s start every weekend in July, August, Sept as a poll and see where we can find a common time.

doodle.com is a good scheduling site as well if you wanted something fancy

I propose we have another agenda where new contributors can come and we can help them setup their dev environment for AntennaPod. We can help them with a good_first_issue and point them to how to navigate the code to find where to fix the issue.

The outcome would be to increase the number of first contributors.

We can do this in a 2 hour block, like an open office hour for new contributors.

Doodle is good, but how about some open source software?
Found
https://rallly.co/ (looks really nice)
or
https://framadate.org/ (seems popular)

I tried rallly.co, but it doesn’t allow to specify whole weekends, nor does it allow to indicate “maybe’s” (so we could as well use a poll directly in the forum here). I signed up for the mailing list about the ‘new version’, though I don’t have high expectations (last update was in 2018).

On framadate.org you also can’t set date-ranges, but that’s acceptable. It’s however a pain to add a large range of dates, and not convenient to fill in, with horizontal scrolling (copied from doodle, which is also a pain - what is the benefit of horizontal scrolling?!?).

And I used cally.com, which is the English version of the dutch datumprikker.nl which I find most convenient. Not open source, but at least GDPR-friendlier than Doodle (and without the annoying horizontal scrolling).

So, now I have three polls, of which I’ll share only one link 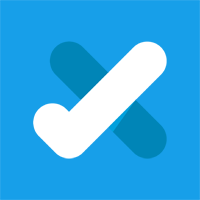 Hope that’s acceptable to everyone

Have any Portuguese speaker for Hackathon

@neiesc Do you mean to ask if there are any Portuguese speakers that will be joining? So far, I don’t think, but more people are always welcome

Thanks to ByteHamster, Tony Tam and ueen for replying. So far, 9 July is the best option (that’s in 3 weeks). @Taco @Matth78 @peakvalleytech and anyone else: if you still want to join the poll, please do so by Saturday latest. I propose we close the poll and book the date Sunday morning.

@neiesc I understand that joining the group discussions in English can be a challenge. I could ask the Portuguese translator team if they want to join. Then you would have someone to chat and exchange ideas with in Portuguese. But then someone would need to share the ideas in English. Otherwise the group is not able to use your ideas.

In any case, if you can understand English, but aren’t good in writing: you could write on deepl.com and copy the translation in the common chat.

I have no preference, especially since as I am not a developer I won’t be able to do a lot.
Besides, sorry about that but it is likely I will have difficulties to be fully available all weekend.