Expected behaviour: Should show a Antenna widget (that shows the actual Title and alles to Start ist) by

Current behaviour: Shows several Icons but no widget. There is no Antenna widget in the widget menu. 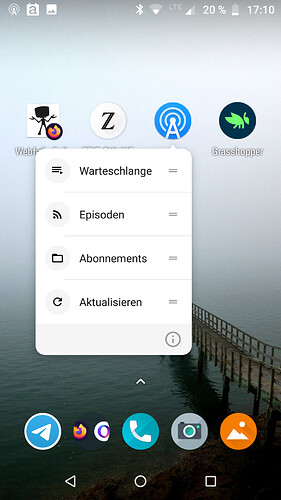 First occurred: two weeks; after using the SD-Card as integrated memory. The widget worked well after that. I deletet the widget accidentaly and could not get it back since then.

Hi and welcome to the forum. Do you use a custom home screen application?

No, i don’t use a custom home screen application.

It’s weird that they completely hide the widgets when there are shortcuts. Try long-pressing empty space on the home screen. That usually also shows a list of widgets. 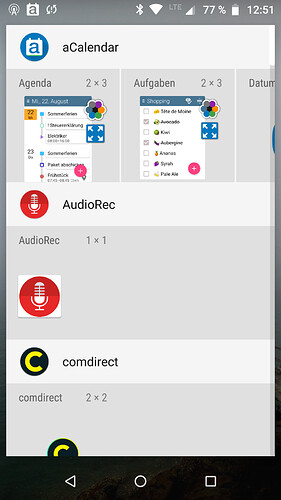 Hmm, it should appear in that list. Could you please try restarting your phone?

Maybe the list is sorted in a strange way - did you check the whole list? I don’t know what could be causing this. Maybe someone else who has the same device knows more.

Its not in the list. I checked the hole list. The problem occured after I changed the memory settings from the SD Card to integrated memory. But I have no Idea, how this could cause this problem.