Do we want to change the title or publisher name on Google Play, so AntennaPod can be found more easily? This thread is to continue the discussion on GitHub. Make sure to read the thread there before posting here.

On Jan 2, I changed the title for German users from AntennaPod to AntennaPod - Podcast-Manager. You can find the number of acquired users in the image below. There is a general (slow) upwards trend but I do not think that the change makes a difference.

I think there is a general upwards trend, even before the change.

Definitely agree that ’ Podcast’ needs to be somewhere the search engine index looks. Whether that’s in the title or tag line or … (Shrug).

‘Ad-free’ is certainly what I use all the time when ranking unknown apps I wish to try. And then ‘open-source’, but I don’t try that as often because it just doesn’t seem to work as a keyword on the Play store.

The new Google guidelines for app metadata do not permit putting features like “free” or “ad-free” into the title or developer name anymore: 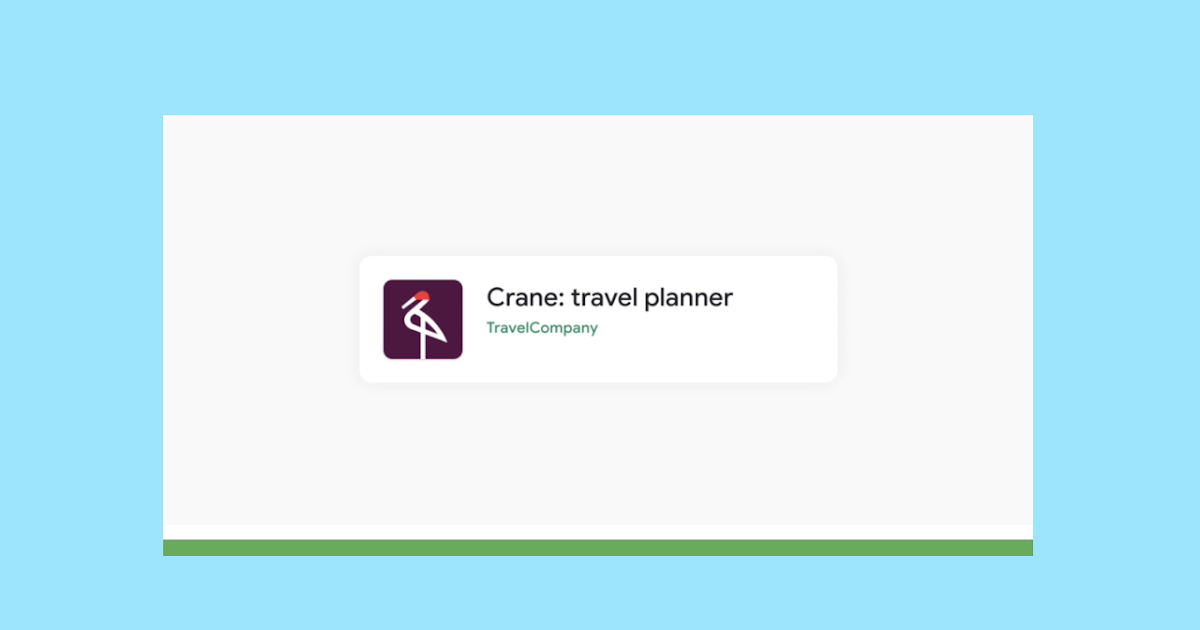 Posted by Bert de Weerd and Tingmui Li, Google Play When Google Play launched in 2008, it was easy for developers to get noticed with...

The Google developer account was just transferred from the old maintainer. I renamed the developer name to “AntennaPod Open Source Team”.

I think there is a general upwards trend, even before the change.

It seems the general upward trend was temporary of nature. There was a spike in March last year and around when 2.0 was released. Wondering where the March spike is from. 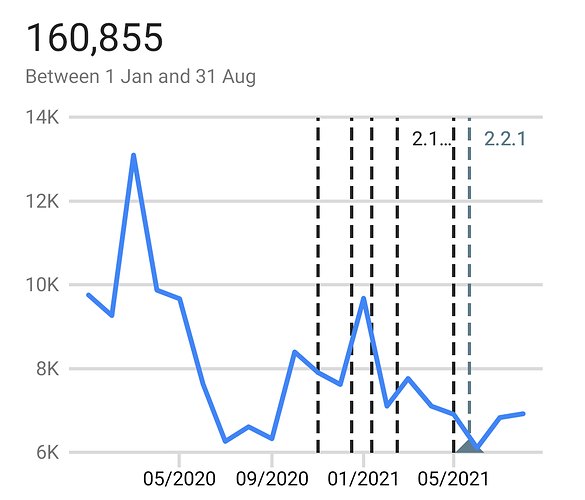 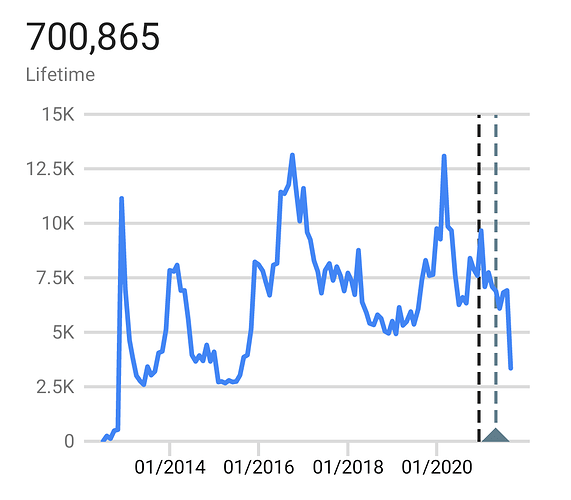 I renamed the developer name to “AntennaPod Open Source Team”.

That’s a great change but I doubt it’ll have much impact on installs. On Google Play we must have it mainly from ‘regular’ users.

Can we update the name to AntennaPod - Podcast Player, let it be for a year, and compare pre- and post 365 day results?

+1 for @keunes suggestions for renaming. We should mention that it is open source in the description, not the developer name. That should be used for ASO as much as possible.

Considering total installs (AP is at 500k apxm), which are very important for ranking, I doubt we could do much better by renaming.

I guess we would need more influencers or podcasts to mention AP if we truly wanted to gain popularity. I heard it mentioned before for example it’s recommended by Lage der Nation.

I think AntennaPod is mainly popular in Germany. In other countries we do not have such a good ranking. Given that most other apps seem to add some features to their title, I think we could do it too. I would vote for “AntennaPod - Podcast Manager” or “AntennaPod - Podcast Player” for now. The title then has to be translated, so we have to add it to Transifex.

In the United States, the the word Player is more widely use

My view is that we should go back to calling such apps Podcatchers.

The problem with “podcatcher” is that it doesn’t contain the word “podcast” and is not known by many of the people who discovered podcasts only recently.

I would also go for adding ‘Podcast Player’