This is happening on AntennaPod 2.6.2 (downloaded via Google Play) on a Google Pixel 5.

Sometimes the artwork (which makes up the background of the new media player in Android 13) does not update when switching to a new episode.

When this happens, the accent color (determined by Android) does change, though. It’s just the player background image that does not update.

It is unclear at this time if this is an AOSP or AntennaPod bug.

Is anyone else experiencing this issue?

I think it might be related in some way. I recently started listening to an episode, which has a PNG image with transparency in it as its artwork. But the media player has the new image superimposed on the old one! If I swipe away the media player, then go back to AntennaPod and pause and then unpause (which launches the notification area media player again), the artwork looks correct. See these two screenshots, taken before and after:

Note that the same thing does not happen in the widget, the widget always has the correct artwork: 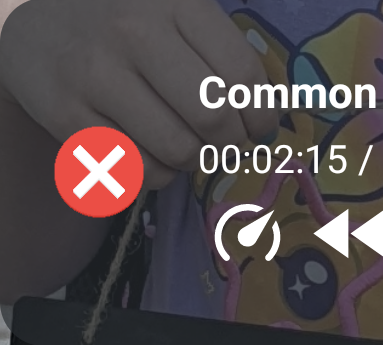 I’m wondering if this might be somehow related to the (mini)-player data/image doesn’t always get immediately updated (#5438, which I still notice sometimes). Do you experience that too, @terminalmage?

I haven’t seen that happen, but I haven’t been looking out for it. I’ll start looking for it moving forward.

I’ve only seen the problem with the notification drawer media player since upgrading to Android 13. The player in Android 12, always has the correct artwork.