Crash after startup, no crash report

Expected behaviour: Anything at all!

Environment: No settings have been changed, no updates downloaded, it worked fine yesterday but not today.

There is no crash report in /Android/data/de.danoeh.antennapod

Any ideas on what to do or how to find out more?

If you don’t see the update yet, you can also try uninstalling the updates of that system app. In the long run, you want to use an up-to-date version of that app, though.

Below you can find a chart with the number of AntennaPod crashes on the past few days. Looks like most users got the “Android System WebView” update now - the number of crashes is nearly back to normal. 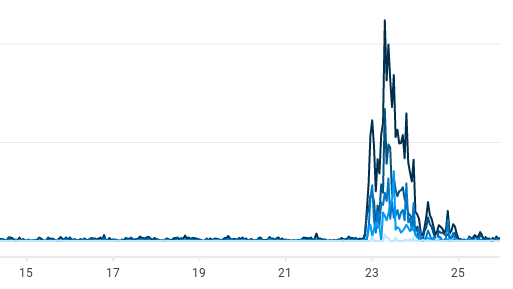 Thank you for this. Yes, this was my problem too.