After having trouble with the playback speeds I wanted to start a discussion about how the playback settings may should be handeld.

This post may be related to: Pauses removed during playback

As far as I know Antennapod has three playback setting screens: 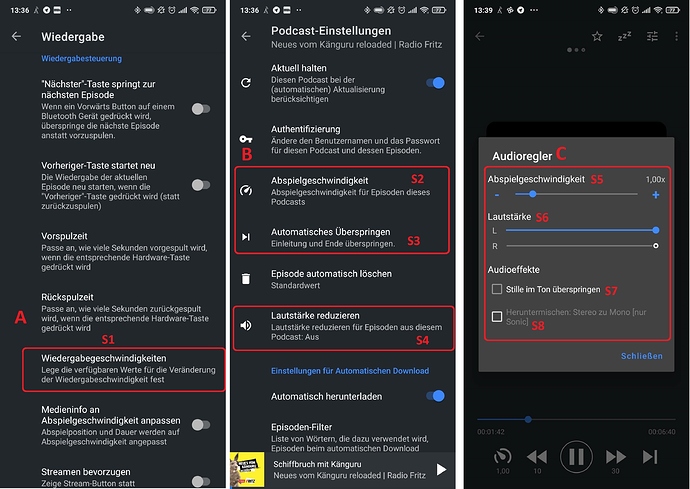 Now I am trying to express what I would await from playback speed:

Now about all the other settings:

I hope this is not to wild and I was able to make my point clear.
Since AntennaPod is already in RC-Phase, these changes would be quite big, but are also important in my opinion, therefore they should be considered for the 2.0.0 release anyway.
But maybe I am completly wrong and these settings were intendet to be used in a completly different way?

I just skimmed the post for now but I will try to find time to have a closer look. I just want to let you know how it was intended to work. Great post, by the way. Really detailed!